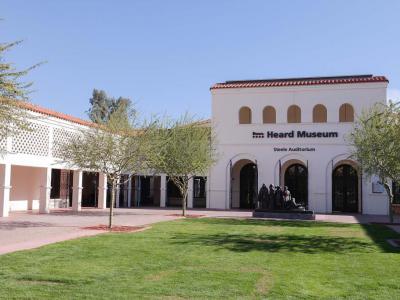 The Heard Museum is a well known and very famous location that is dedicated to the preservation of Native American Indian Culture and Art in Phoenix. There are also two branches of the museum located in Scottsdale and Surprise, Arizona. The institution has been educating visitors and locals about the culture of the native people of the state since 1929. You can see not only art here, but historical artifacts as well.

This wonderful tourist site was the brainchild of Dwight and Maie Heard. It used to house their personal art collection. Many of the artifacts also were part of the Heard collection. A lot of the display items came from the LaCiudad Indian ruins, which the couple purchased in 1926.

The current collection has over 40,000 items on display, including over two hundred pieces of jewelry and over 400 Native American dolls. One of the most interesting exhibits, though, centers on the 19th Century experiences of local native children and their education. At the time, a very large number of children were forced on to reservations to attend government schools, in an effort to “civilize them.”
Image by brad.coy on Flickr under Creative Commons License.