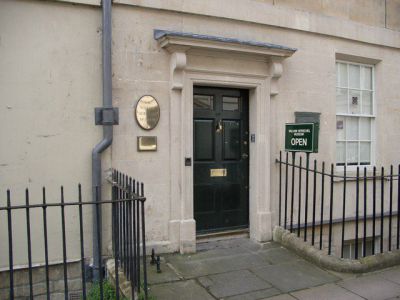 The Herschel Museum of Astronomy is located at 19 New King Street, the former home of astronomers William and Caroline Herschel. Situated on a quiet side street close to the bustling Seven Dials area of Bath, the Herschel Museum is housed entirely within a compact Georgian townhouse. The Herschels lived in the house for five years in the 18th century. In that short time, William Herschel discovered the planet of Uranus through a telescope that can be seen inside the museum. The museum houses a number of other historical artefacts, including many items of apparatus that the Herschels used to map the stars.

The museum is split over three floors within the house, with an ornamental garden attached, and a cinema within the vaults that shows documentaries on astronomical discoveries. There is a virtual tour available on the ground floor for wheelchair users. A new gallery opened within the museum last year, providing a new space for contemporary astronomical exhibitions. The museum’s patron is British astronomer Sir Patrick Moore, and the site is managed by the Bath Preservation Trust. It is open on weekday afternoons until 5pm (except Wednesdays) and from 11am to 5pm on weekends. The museum closes for several weeks either side of the Christmas period, but is open throughout the rest of the year.