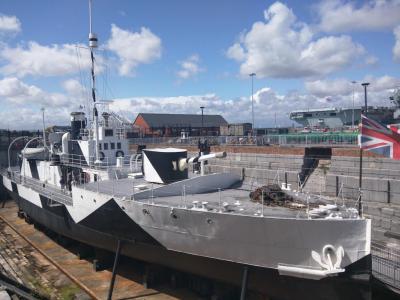 Armed with a pair of 6-inch (152 mm) guns and having a shallow draught, M33 was designed for coastal bombardment. Commanded by Lieutenant Commander Preston-Thomas, her first active operation was the support of the British landings at Suvla during the Battle of Gallipoli in August 1915. She remained stationed at Gallipoli until the evacuation in January, 1916. For the remainder of the war she served in the Mediterranean and was involved in the seizure of the Greek fleet at Salamis Bay on 1 September 1916.
Image Courtesy of Wikimedia and IslandUnity.
Sight description based on Wikipedia.