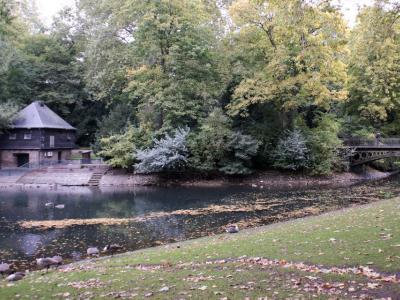 The Hofgarten is the central park in Düsseldorf. Numerous historical monuments and modern sculptures revive the park, which marked the transition from the baroque garden style to the English landscape garden . The oldest part of the public courtyard was already built in 1769. The Hofgarten is considered the "green lung" of the city of Düsseldorf. There is a large and two small children's playgrounds on the grounds, two dog outlets and two ponds with many ducks and swans. Because of its central location it is gladly used by employees of the surrounding companies as well as visitors of the inner city as a resting place.
Image by Diane Krauss on Wikimedia under Creative Commons License.
Sight description based on wikipedia