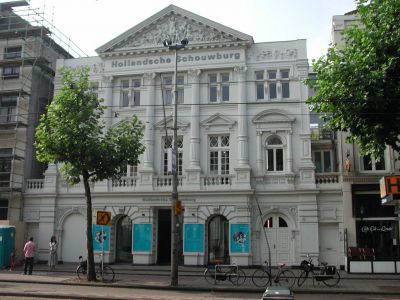 The grand platform for the performing arts since 1892 was tainted as the gateway to doom for thousands of Dutch Jew families. The Hollandsche Chouwbusrg, once a popular theatre staging well known plays and dramas was renamed as Joodsche Schouwburg or Jewish Theatre after the Nazi occupation of Amsterdam.

With an intention of curtailing the Jewish population and families, the theatre was strictly meant for Jews and no other community. However, this was not the worst part. The Joodsche Schouwburg soon became the reporting point where all Jewish families were forced to report before being transported to the concentration camps.

However, after the Second World War, the plight of the theatre did not improve any further. Due to massive protests, the glory of this magnificent theatre was put to an end. In 1960, the building was turned into a memorial in honour of all the Jews who were lost in the Holocaust of the Second World War. The place that once housed the old stage now has an obelisk reflection of the tragedy.

In 1993, a memorial chapel was installed mentioning over 6,700 families roughly 104,000 Dutch Jewish individuals, who did not make it from the concentration camps.
Image by P.H. Louw on Wikimedia under Creative Commons License.