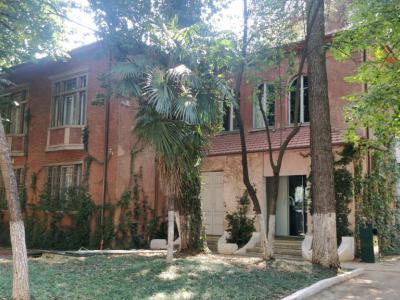 The House of Leaves is a historical museum that honors those innocent people who were spied on and persecuted under the communist regime. It is dedicated to those who were convicted, tortured and executed in the name of communism. The museum is also known as the Museum of Secret Surveillance.

The House of Leaves is located in a two-story villa that was built in 1931. It was formerly an obstetrics clinic, but it was converted into a housing for the Gestapo during German occupation. Later, when communists took over the country, it was used as the headquarters for the Directorate of State Security, otherwise known as the Sigurimi.

The Sigurimi's stated goal was to maintain security in Albania. However, the Sigurimi's practice was much more sinister. The security, intelligence and secret police service that made up the Sigurimi worked to suppress political activity. They did this by spying on citizens, arresting them and, often, executing them if they were accused of non-conformity.

The 31-room museum opened in 2017. Visitors can see exhibits that cover listening devices, the story of the house, the laboratory, a view of everyday life and voices of the past, among others. The House of Leaves was given the European Museum of the Year Award by the Council of Europe in 2020.
Image Courtesy of Wikimedia and Jcornelius.