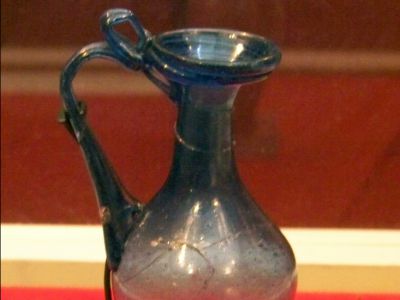 House of the Garden of Hercules, Pompei

The House of the Garden of Hercules is built in the row house style, which was popular in the 3rd century BC. Many of the surrounding houses in Regio I and II, which occupy the southeastern corner of Pompei, are built in the same style. The house is laid out in a long, narrow formation from the entrance, with bedrooms either side of the hallway, and an atrium at the back leading onto the garden. Like the nearby House of the Ship Europa, this building is known for its large garden. Created in the 1st century BC, it replaced as many as five similar ‘row house’ dwellings which once stood here.

Botanical analysts believe that the garden was used to grow herbs for the manufacture of fragrances and medicines. The house is often referred to as ‘the house of the perfumer’. Amongst the rows of herbs, there is a triclinium built into the garden’s east wall, which would have been used for dining outdoors. Next to it, there is an altar and aedicule dedicated to the worship of Hercules, the great mythical figure of Ancient Greece. A marble statue of Hercules was found next to the altar, giving the house and garden its name.
Image by Kate Stuart on Flickr under Creative Commons License.