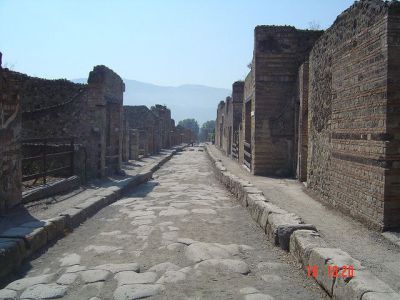 House of the Surgeon, Pompei

Casa del Chirurgo, or the House of the Surgeon, is located close to the Pompei city walls, adjacent to the Herculaneum gate. It lies on the northwestern edge of the city, metres from the Villas of Diomedes and the Mysteries. It gained its name from a number of surgical tools found during its excavation by Frances la Vega in 1770. These discoveries have given a fascinating insight into the medical advancements of the Roman Empire. Whilst it is believed that life expectancy was relatively low, most citizens had access to clean water, and the tools discovered here compare to those still in use as recently as the 19th century.

The House of the Surgeon is believed to be one of Pompei’s oldest buildings. It is built in the Italic style rather than the Hellenic form of architecture seen elsewhere in the city. It is believed that the Hellenic style did not become popular in this area until the 2nd century BC. The house is the oldest Italic style building found in Pompei, and indeed the entire region of Campania. The layout, which is believed to have changed little throughout its long existence, features several small rooms arranged around a central atrium.
Image by tHcnunz on Flickr under Creative Commons License.