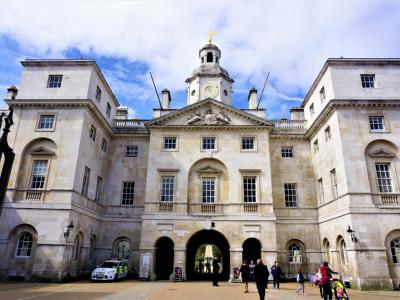 The Household Cavalry Museum is one of London’s most historic buildings. It dates back to 1750 and houses the headquarters of the Household Division in which the Household Cavalry has been performing the Queen’s Life Guard daily ceremony largely unchanged for over 350 years now. The Calvary itself was formed in 1661 by direct order of King Charles II and presently consists of two senior regiments of the British Army – The Life Guards and the Blues and Royals. The place offers a unique opportunity to observe real troopers doing their daily chores, among which is working with horses in the original 18th century stables. The Household Cavalry Museum features an outstanding collection of rare and unique treasures – from ceremonial uniforms, royal standards and gallantry awards to musical instruments, horse furniture and Fabergé silverware.

Thirty-three bridges span the Thames river in London. Each one has its own history and is worth seeing. This self-guided walk takes you to see ten historical bridges in central London.