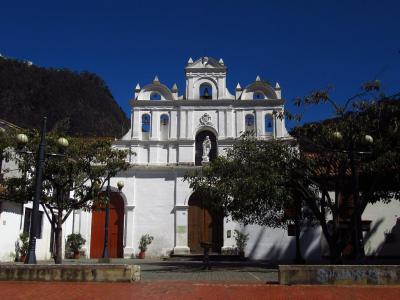 Popularly known as the Church of the Waters, the church is a Catholic temple dedicated to the Virgin Mary, located in the neighborhood of the Waters, in the district of La Candelaria. The church is part of the old Convent of the Waters. Throughout its history, it has served as a hospital, an orphanage, and a venue for artisans.

The church is a sample of colonial construction, built between 1657 and 1694. It is designed in a rectangular plan with one nave. It has a chapel of Saint Anthony on its north side, built in 1901. The facade has little decoration. Along each longitudinal wall to the transept dome is a series of niches under pointed arches holding images.

Over the niches are rectangular windows that illuminate the interior. At the back of the nave, occupying the entire back wall is a large triptych in carved and gilded wood. The chapel dedicated to Saint Anthony is in the neo-Gothic style. It is joined to the presbytery by an extra wide archway. Four Gothic-style windows illuminate the interior.
Image Courtesy of Wikimedia and Felipe Restrepo Acosta.