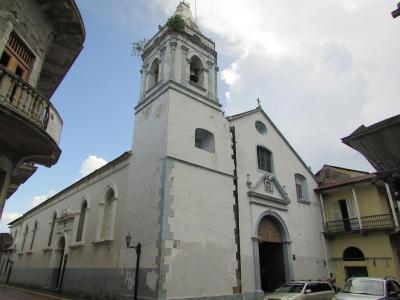 One of the most magnificent places to visit in Panama City is the Iglesia San Jose, located at Avenida A, near Plaza Herrera, Casco Viejo. The main attraction of this church is the seventeenth century Baroque style Golden Altar, Altar de Oro. The altar was originally located in a temple by the similar name, San Jose. After the pirates had burned down the Old Panama city, the altar was relocated to the new place and entirely renovated in 1915. Carved in mahogany, the altar is covered in golden leaf.

When you go to the city of Casco Viejo, you must visit the Church of Iglesia San Jose, to admire the magnificent golden altar.
Image by Osopolar on Wikimedia under Creative Commons License.