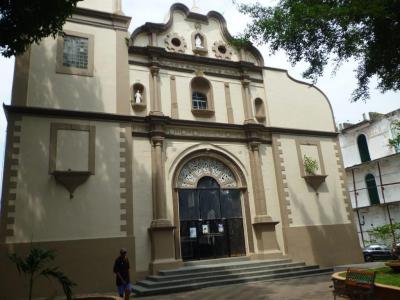 In the center of the city of Panama is located the township of Santa Ana. The town gets its name from the Church of Santa Ana, a shrine dedicated to Santa Ana, who, according to Christian tradition, is the mother of Mary and the grandmother of Jesus. The Church of Santa Ana was initially a parish church. The Count of Santa Ana donated funds to build the church and it was consecrated in 1764. The church was very popular in its early days and attracted a community of humble people all around it. These were the people who were engaged in various trades and the town of Santa Ana grew in reputation as a transit point for many trade routes.

The church was destroyed by fire in the year 1854 and was completely renovated only in the twentieth century. In 1980, the Church of Santa Ana was declared a historic landmark of national importance. Surrounding the church is a park that also goes by the name of the church. The area surrounding the church is far from the main tourist attractions that are in the old part of the city. You can experience a bit of the traditional Panamanian lifestyle with folk festivals, dance and music in a gazebo that is also a national landmark.
Image by Mirna Chen on Wikimedia under Creative Commons License.

Want to visit this sight? Check out these Self-Guided Walking Tours in Panama City. Alternatively, you can download the mobile app "GPSmyCity: Walks in 1K+ Cities" from iTunes App Store or Google Play. The app turns your mobile device to a personal tour guide and it works offline, so no data plan is needed when traveling abroad.

For centuries, colonial religious architecture has played an important role in the configuration of the urban layout of Panama City. By the 17th century, convents had an...  view more