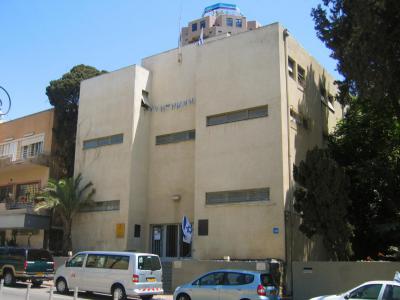 Independence Hall is perhaps the most famous tourist sight in Tel Aviv. This place is where the first Prime Minister of Israel, David Ben-Gurion, read the Proclamation of Independence on the 14th of May 1948 at 4pm. Previously known as the Dizengoff Hall, the building has been preserved exactly as it was that day.

Upon entry, you will find the draft of that Proclamation document on display, along with the pictures of those who were present at that historic event. Also on the premises, on the first floor, there is the Bible Museum. At the end of the visit, guests may sing the Israeli national anthem – the Hatikvah ("Hope") based on a 19th-century Jewish poem – just like Israel's founding fathers did on the day their nation emerged on the political map.

Why You Should Visit:
A great place to learn about the events leading up to the Declaration of the State of Israel.

Tip:
Be sure to make advance reservations and join a group tour, or at least to watch a video presentation if you do not have a guide.