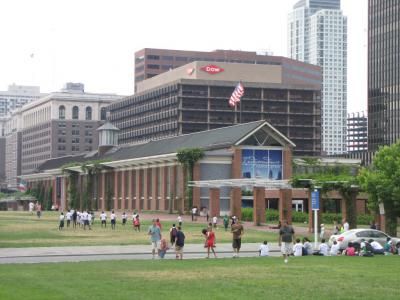 The first proposal for Independence National Historical Park was floated in 1915. Architects Albert Kelsey and David K. Boyd were driven to create a more sylvan locale for Independence Hall. The action was not taken until June 1948, when Congress authorized the creation of the Park. The Park is listed on the National Register of Historic Places.
Image Courtesy of Wikimedia and Ziko van Dijk.