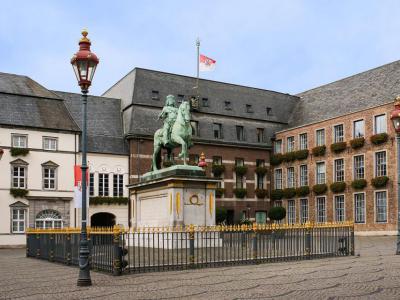 Jan Wellem Reiterstandbild, also known as “'The Rider”, is the oldest statue in Düsseldorf and its fame is due to it being one of the most relevant Baroque statues in Europe. The statue was created in 1711 by sculptor Gabriel de Grupello. Prince Jan Wellem himself was an excellent diplomat and under his leadership, Düsseldorf’s underwent impressive growth. During his government, many fascinating buildings were built, which survived the Second World War and managed to keep their initial appearance.
Image by Alexej Potupin on Wikimedia under Creative Commons License.