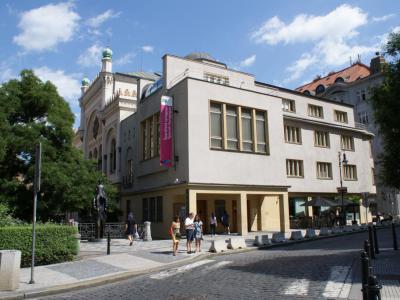 The Jewish Museum of Prague was founded in 1906 by historians Dr. Hugo Lieben and Dr. Augustin Stein, who later became head of the Prague Jewish Community. The goal was to preserve artifacts from the Prague synagogues demolished during the Urban renewal of the old Jewish Quarter at the beginning of the 20th century.

In 1942, the Nazis established on its premises the Central Jewish Museum, set to commemorate the heritage of an exterminated people by collecting notable objects of Jewish ceremonial art. Artifacts were shipped here from all the Jewish communities and synagogues of Bohemia and Moravia. The museum reopened under the post-War Communist regime but began to flourish only after the Czech lands had been liberated from Communism.

Why You Should Visit:
Apart from the museum itself with its historical exhibits, you get to see the nearby synagogues, the cemetery, and the WWII memorial. The Klausen Synagogue, now religiously inactive, gives insights into the Jewish traditions and is a single example of an early Baroque synagogue in the area.

Tip:
Best time to see everything is very early or later in the day.
You can also come back the following day in case you don't get to see it all in one day.