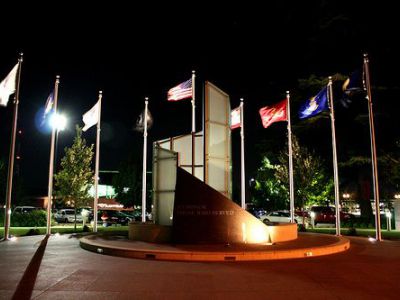 Along the outer path of the memorial are nine flags. They are: United States of America, State of California, Army, Navy, Air Force, Marines, Coast Guard, Merchant Marines, and POW/MIA. In between the flag poles will be the wall of valor. It list the names of those people who were killed or missing in action during wartime. The names are etched in glass panels, and painted in gold for visibility.
Image Courtesy of Flickr and Andy Castro.
Sight description based on Wikipedia.