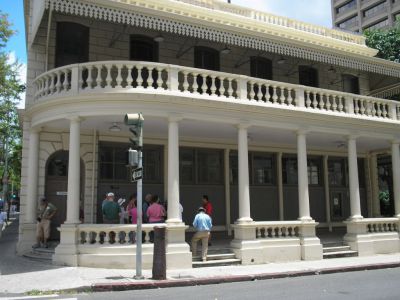 The Kumu Kahua Theatre's motto is “Plays about life in Hawaii. Plays by Hawaii's playwrights. Plays for Hawaii's people.” It is a community theater located in downtown Honolulu, and features work by local playwrights, usually featuring Hawaiian themes and stories, acted and directed by some of Hawaii's best actors and directors. Many of the plays use the actors' natural local dialect or accent, or are written in a blended Hawaiian English dialect called pidgin.

The theater was founded in 1971, by students from the University of Hawaii at Manoa, for the purpose of exhibiting locally-created plays. In the beginning, these were mainly experimental works, but the theater focused more on regular plays as it progressed. The group was given non-profit status in 1982, and the Hawaii State Legislature gave it its current home in 1994.