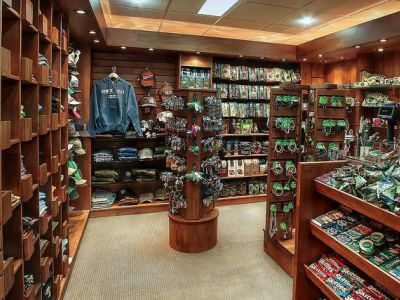 Visitors who love souvenirs but don't love the time it takes to track them down should head to La Casona. It is said to be the largest souvenir market in all of San Jose. Visitors are certain to find bargains on typical gifts and souvenirs. This is especially true if they are good at haggling.

La Casona is more than a souvenir shop. It is also a piece of history. The building that now holds numerous booths selling inexpensive souvenirs dates to 1908. It was originally a hardware store that was owned by Miguel Macaya Artuze. Nearly 70 years later, Ricardo Baltodano Chamberlain rented the store to create space for the La Casona market.

Architect Jaime Carranza remodeled the store in a neoclassical architectural style. It was redesigned to more closely match some of the architecture of the city. Specifically, the architect chose to use edged stone for the flooring, which matches San Jose's sidewalks.

La Casona is open Monday through Saturday from 9:30 AM to 6:30 PM. It is closed on Sundays.
Image by Holiday Inn Express San José Airport on Flickr under Creative Commons License.