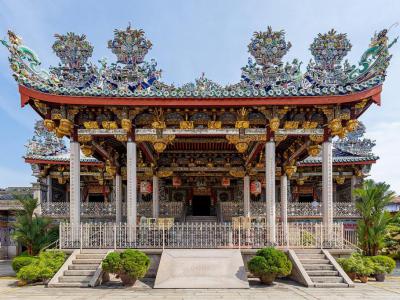 This mansion has a fascinating and unusual history. Built in 1850 by the Khoo family of South China, it burned to the ground in 1894, apparently from a lightning strike. The Chinese believed its downfall was due to its resemblance to the Emperor’s Palace, and so a much scaled down version was erected in its place in 1906. Nonetheless, today you can still admire the richly ornamented wood carvings of the roof, walls and pillars that reflect the art and architecture of ancient China.
Image by Gryffindor on Wikimedia under Creative Commons License.
Sight description based on wikipedia