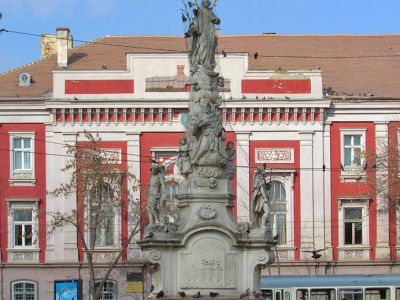 Prince Eugeniu de Savoya Square was built in the middle of the 18th century. For an unknown period of time, it was known as Military Square or Parade Square. In 1848, when the Hungarian revolution began, the square changed its name to Liberty Square. This important landmark hosts old buildings and monuments, such as the Army House and Saint Mary Statue; the square is the city’s military center.
Image Courtesy of Wikimedia and Voytek S.