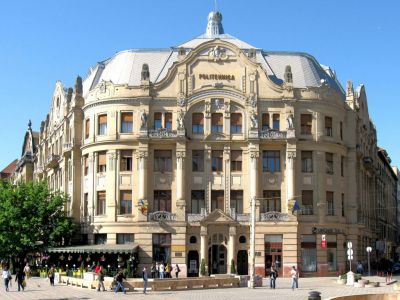 Lloyd Palace is a monumental venue, which was built between 1910 and 1912, according to the plans of architect Leopold Baumhorn. The building’s architecture is eclectic with influences of secession. Before the Second World War, on the palace’s ground floor there was a Café, where the city’s elite would meet. Today, the palace serves as the seat of the Polytechnic University’s rector.
Image Courtesy of Wikimedia and Turbojet.