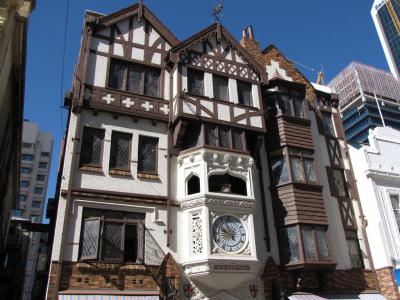 Other distinctive features include gargoyles, masks, shields, crests and wrought iron signs and brackets. Gabled roofs, weather cocks and lead lighting add to the Tudor style. The arcade floor is laid with terracotta tiles.
Image by SeanMack on Wikimedia under Creative Commons License.
Sight description based on wikipedia