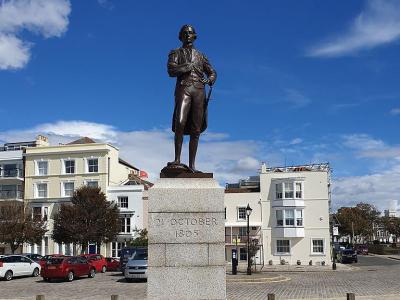 Lord Horatio Nelson was, is and will be one of the notable figures of England. He served in England's Royal Navy and during his service, England obtained some of the greatest victories that are counted in the country's history, the main one being the Victory in the Battle of Trafalgar. He is known to have been a man of strong character, very courageous and sometimes cruel in the desire to affirm himself, yet he remains an influential and well-respected figure even today.
Image by Earthsea Ged on Flickr under Creative Commons License.