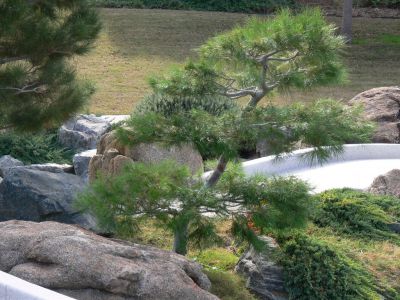 The Margaret T. Hance Park is a real haven of green beauty in the midst of downtown Phoenix. It is located on North Central Avenue. In addition to being a great green spot in the concrete jungle of the city, it also houses a Japanese Tea House and Garden, as well as an Irish Cultural Center. In fact, it hosts a wee little St. Patrick’s Day party and Family Faire each year in March. The Scottish Highland Games come here a lot also.

It is sometimes referred to as the “Deck Park,” because it is built on top of the I-10 tunnel. The location is also named after a former Mayor of the city of Phoenix. She served in that capacity from 1976 until 1984. She passed away in 1990.

This park is free to use, and is loaded with grassy places for picnics and fun. It has a kid friendly playground, as well as a fully lighted volleyball court. So, plan on stopping by for a bit, and enjoying a little green space in downtown Phoenix.
Image by Wars on Wikimedia under Creative Commons License.