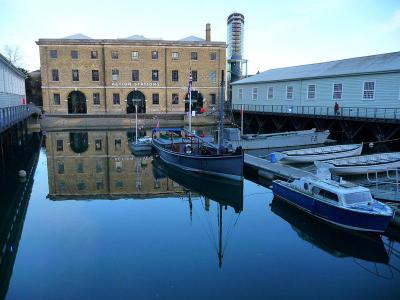 The Mast Pond was dug in the year 1665. It was formed and built up by soldiers and Dutch prisoners of the period. The main aim of the Mast Pond was to keep the ships that were recovered from war damage on its waters. Today it still performs this function, and it is now the home of reconstructed ships that are financed by the Portsmouth dockyard Historical Trust.
Image Courtesy of Wikimedia and Chris Talbot.