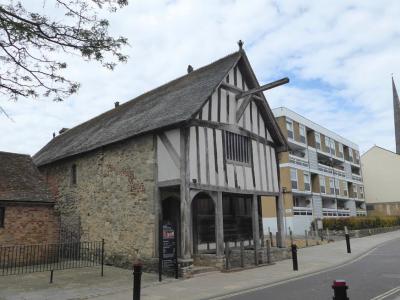 The house is built to a medieval right-angle, narrow plan design, with an undercroft to store wine at a constant temperature, and a first-story bedchamber that projects out into the street to add additional space. Listed as a national historical monument, the building is architecturally significant because, as historian Glyn Coppack highlights, it is "the only building of its type to survive substantially as first built".