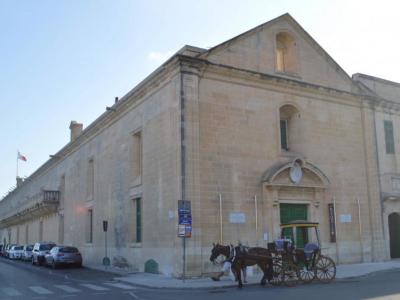 The Mediterranean Conference Centre's building was built as a hospital in the 16th century by the Order of St. John, and it was known as the Sacra Infermeria or the Holy Infirmary. The Order of the Knights of Saint John of Jerusalem, also known as Order of Hospitallers or Knights Hospitaller, were among the most famous of the Roman Catholic military orders during the Middle Ages.

The building is over 150 m long and drops down several floors. The top floor was dedicated to the wealthy, the poor were places in the floor below. It was one of the leading hospitals in Europe until the 18th century, and it remained in use until 1920. The building is now used for multiple banquets, exhibitions, international conventions and theatrical shows.
Image Courtesy of Wikimedia and Continentaleurope.
Sight description based on Wikipedia.