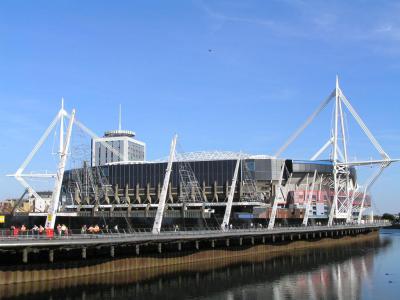 The stadium opened in June 1999, and the first major event to be held was an international rugby union match on 26 June 1999, when Wales beat South Africa in a friendly by 29–19, before a test crowd of 29,000. With total seating capacity of 74,500, it is the third largest stadium in the Six Nations Championship behind the Stade de France and Twickenham, which is the largest. It is also the second largest stadium in the world with a fully retractable roof and was the second stadium in Europe to have this feature.
Image Courtesy of Wikimedia and Epaunov72.
Sight description based on Wikipedia.