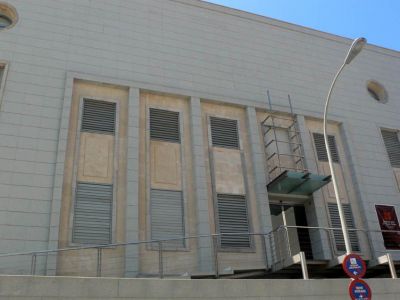 Ibiza has played host to several of history’s greatest civilizations and, at the Monographic Museum of Puig des Molins, you have the chance to step back in time and take a glimpse at life during antiquity. The Phoenicians, Punics and Romans all colonized Ibiza and left their mark on the island.

The Monographic Museum of Puig des Molins houses the artifacts found at the necropolis, which is considered the largest and best preserved of Phoenician and Punic cultures ever to have been discovered. Among the items displayed are lead and bronze tools, necklaces, amulets, ceramics, carved busts, coins, weapons and even a decorated pair of ostrich eggs. One of the most prized finds at the necropolis, and now housed at the museum, was the bust of the goddess Tanit. She was the Carthaginian goddess of fertility and a cult was established on Ibiza in her honor around 600 B.C.

The museum is located right by the UNESCO World Heritage Site listed necropolis. More than 3000 underground tombs covering 50,000 square feet have been found at the necropolis and it has been invaluable in providing archaeological evidence about the Phoenician and Punic lifestyles thousands of years ago.
Image by Nanosanchez on Wikimedia under Creative Commons License.