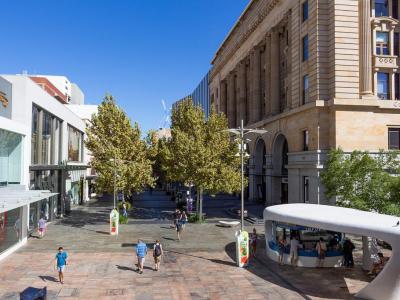 Murray Street is one of four main east-west roads within the Perth central business district. The street, the central portion of which has become a pedestrian mall, was named after Sir George Murray, Secretary of State for War and the Colonies from 1828 to 1830. The strip has many popular shops lining the street. Recent development along Murray Street has seen the addition of a number of both national and international retailers.
Image by Greg O'Beirne on Wikimedia under Creative Commons License.
Sight description based on wikipedia