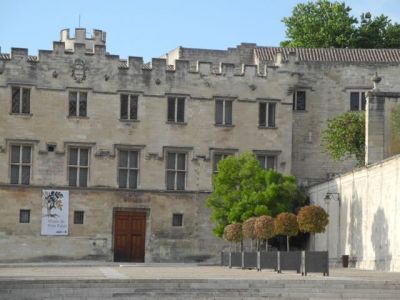 Do not skip on by the Little Palace Museum. "Little" is a part of the name, but there is much more than a little to be seen inside. This is one of the best collections of medieval art in Europe.

The Little Palace museum was at first a bishop's palace in the 14th and 15th centuries. It was originally intended for Cardinal Berenger Fredoli in 1320. Pope Benoit used it as his administrative center.

The palace is home to a formidable collection of frescoes, sculptures and Italian religious paintings from the 13th to the 16th centuries. Works include paintings of Botticelli, Carpaccio and Giovani di Paolo. The museum has Botticelli's Virgin and Child and some Renaissance art of the Avignon school.

During the French Revolution the palace was nationalized and sold off. It became a secondary school and then a technical school. It was listed as a historic monument in 1910. The building opened as a museum in 1976.
Image Courtesy of Jean michel brochet.