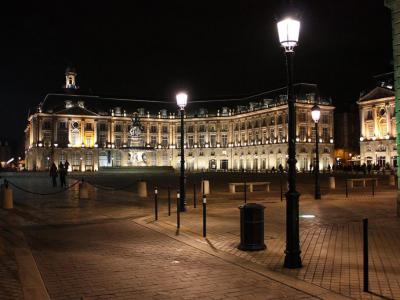 The National Customs Museum in Bordeaux houses over 5,000 historical objects relating to the French Customs Service, including paintings, weapons and uniforms. It is located in the city’s picturesque Stock Exchange Square, at the heart of Bordeaux’s historic city center.

Bordeaux is one of France’s oldest and largest port cities, with its heritage reflected in UNESCO’s name for the protected city center area – the ‘Port of the Moon’. The city has had trading links with other nations since the 12th century when it began sending goods to other British cities when ruled by King Henry II of England. So Bordeaux is a natural home for the museum of country's customs service.

The museum traces the history of customs in France, from medieval times up to the present day. As the customs service is the oldest public institution in France, the museum emphasizes its historical importance, showing the challenges that events like the French Revolution and the boom in trans-Atlantic trade caused for customs officials.

The National Customs Museum is located in the "Hôtel des Fermes du Roi", a great example of 18th century Bordeaux architecture. It is part of the Stock Exchange Square horseshoe-shaped complex, with the Old Stock Exchange building on the other side. Designed by the architect Ange-Jacques Gabriel (who also designed Versailles’s Petit Trianon and Paris’s Place de la Concorde) the complex was built in 1755 for Louis XV as a symbol of Bordeaux’s prosperity.

Why You Should Visit:
Housed in a nice old structure by the waterfront, with a surprisingly large number of exhibits despite its limited size.
Informative because it shows the functioning & evolution of customs, mixing history, economics, and culture all in one.
Fun because it brings together many items that have been seized by customs officers, which you'll be a tad surprised to see.

Tip:
A multilingual audio-guide is worth the extra €2.