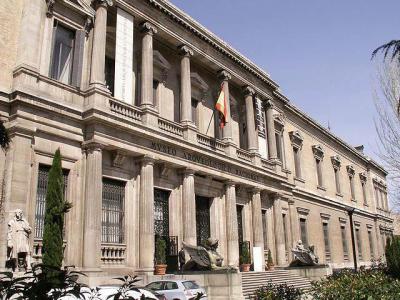 If you have an afternoon to spare, consider spending it at the National Archaeological Museum in Madrid. Founded by Royal Decree of Isabelle II in 1867, this museum is housed in a splendid 19th-century Neo-classical building, beside Plaza Colon, and boasts an excellent collection of Prehistoric, Iberian, Roman, Greek, Celtic, Visigoth, Muslim and Christian artifacts.

You can also admire here part of the Treasure of Guarrazar: 26 votive crowns and gold crosses offered by the Visigoth kings to the Roman Catholic Church in the 7th century AD, and the Crucifix of Ferdinand and Sancha, an ivory cross crafted in 1063, the earliest known cross to bear the body of Christ. There are also bell-shaped pottery jars worth checking out, dating back over 4,000 years, found during excavations in Madrid.

In the museum gardens, there is a short flight of steps leading down to a perfect replica of the Cave of Altamira, which is the first cave ever discovered with Upper Paleolithic paintings gracing the walls and the ceiling.

Why You Should Visit:
The museum is beautifully set out – modern lighting, outstanding displays, and clear and informative labeling (also in English!).
Lunch in the cafeteria downstairs is fairly quick and easy, with your ticket allowing you to re-enter at leisure.
Admission fee is modest, the museum is very quiet, and lockers are €1 each, so you don't have to carry much stuff around.

Tip:
You can easily spend half a day here, but if you have only an hour or so, get a leaflet showing the top 10 items and try to find those.
Admission is free on Sunday morning (expect crowds); children's entry is always free.