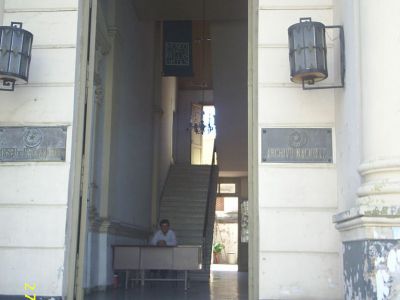 The works acquired by Juan Silvano Godoi come from artists of the 17th century, Italian and French half of 19th century, creators of Argentines who acquired some significance in subsequent decades and, of course, a whole generation of painters Paraguayans: Andres Campos Cervera, Carlos Colombino , Juan Samudio, Jaime Bestard, Holden Roberto Jara, Pablo Alborno, Modesto Delgado Rodas and Ignacio Núñez Soler, representatives of a school still in its infancy, but vibrant forces and energies.
Image by Casalin c on Wikimedia under Creative Commons License.
Sight description based on wikipedia