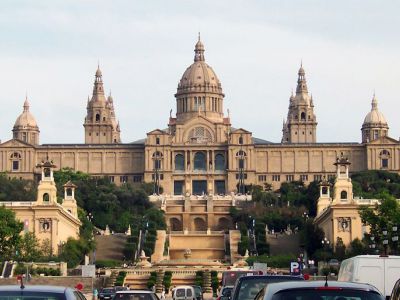 The inauguration was held in 1995 when the museum displayed its section of Romanesque Art. The addition of the section for Gothic Art came in 1997, and the Baroque and Renaissance sections were opened in 2000. In 2004, when the building was complete with all the sections and addition of various departments, the official opening took place.

Why You Should Visit:
An absolutely magnificent museum, newly updated and modernized for the contemporary tourist.
Reasonably priced; plenty of lifts/stair lifts/toilets, and comfortable leather sofas dotted here and there when your feet ache.

Tip:
The restaurant has a magnificent view of Montjuic and good price/value ratio.
Do not forget to visit the roof – the view will be multiplied!