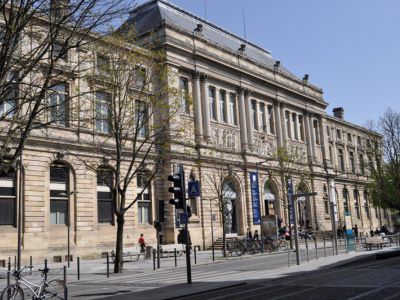 Museum of Aquitaine, Bordeaux (must see)

The Museum of Aquitaine is housed in an elegant Neoclassical building on Cours Pasteur, close to the Victor Hugo street. Starting out as a gemstone museum in the 18th century, it now houses an impressively large collection of historical and archaeological exhibits relating to the region. Bordeaux is the capital of Aquitaine, a region stretching along the Atlantic coast that has been part of both the Roman and British Empires throughout its history.

The museum has permanent collections and temporary exhibitions. The permanent collections are on two floors. On the first floor are collections on Prehistory, Protohistory, the Roman Epoch, the Middle Ages and the Modern Era. On the second floor, the collections focus on eighteenth century Atlantic trade and slavery, world cultures, Bordeaux port in nineteenth and twentieth centuries. There are also a number of interesting finds from around the world, particularly former French colonies in Africa and the South Pacific. The museum hosts temporary exhibitions at least once a year.

The museum is open all year round. Admission is free on the first Sunday of each month.
Image Courtesy of Wikimedia and Tiraden.