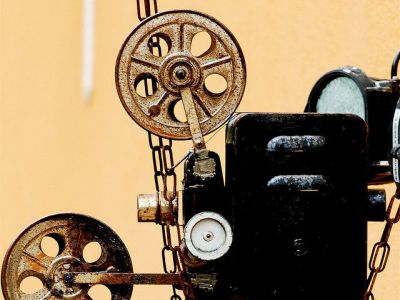 There is a Cinema Museum in Catania. It contains many relics and reconstructions of scenes from famous movies that were shot in Catania. The museum was opened in 2003. Cinema Museum exhibits photos of films made in Catania. It also tells the history of the invention of Cinema, its technical development. There is a collection of projectors and lamps. You can learn about the first film screening by the Lumière brothers in Paris on December 28, 1895.
Image by pedrosimoes7 on Flickr under Creative Commons License.