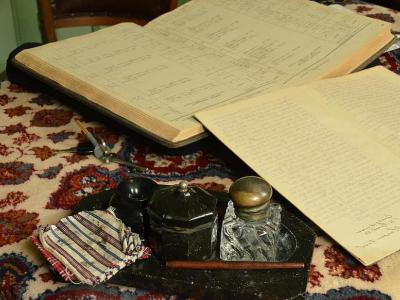 A landmark attraction in the heart of the Irish capital, the Museum of Literature Ireland (MoLI) (Irish: Músaem Litríochta na hÉireann) opened in September 2019, as a partnership between the National Library of Ireland and University College Dublin (UCD).

Overlooking not just one, but two of the city's most popular green spaces - St Stephen's Green and Iveagh Gardens, the museum is housed in Aula Maxima, a Victorian assembly hall which, together with two of the city’s finest Georgian townhouses, make up the UCD Newman House complex, a historic home of the Catholic University of Ireland, the precursor of University College Dublin. The building is named after the theologian and educationalist, Dr. John Henry Newman, the first rector of the Catholic University upon its foundation in 1854.

The MoLI is home to a host of media exhibitions on Ireland’s most influential writers and poets, and unique artefacts honouring Ireland's literary greats, including the first ever copy of James Joyce’s Ulysses. Using cutting-edge multimedia exhibitions, you will discover Ireland’s rich literary heritage, from the earliest medieval storytelling traditions to contemporary writers who made their mark on the international literary scene in recent years.

Having experienced immersive exhibitions and treasures from the National Library of Ireland, you may wish to relax amid the birdsong in the adjoining tranquil gardens and café.