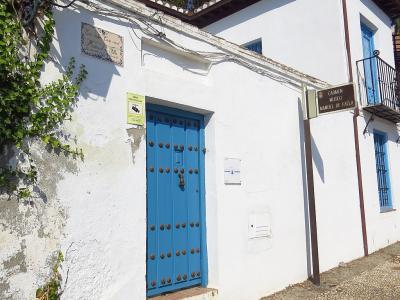 Manuel de Falla was a Spanish musician and composer, one of many celebrated figures to have lived and worked in Granada. He lived at his house in the city, at Carmen del Ave Maria, close to the Alhambra, for twenty years, having been born and raised in nearby Cadiz. The house is now a museum dedicated to de Falla, which still houses many of his personal effects, and has been preserved in the condition that the great composer left it.

De Falla is believed to have composed many of his masterpieces in the house. He was said to be inspired by the landscape and historical feel of Granada. The house was left with many belongings when the musician set sail for Argentina, a South American former Spanish colony, in 1946. It is believed that the continuing civil war and strife between autonomous regions had led him to seek a more tranquil life abroad. The number of belongings left behind suggests that he was planning to return, however he passed away in Argentina less than a year later.

Guided tours of the artist’s rooms, flower garden and vegetable garden are available. Admission for adults is 3 Euros. Seniors and students can visit for 2 Euros.