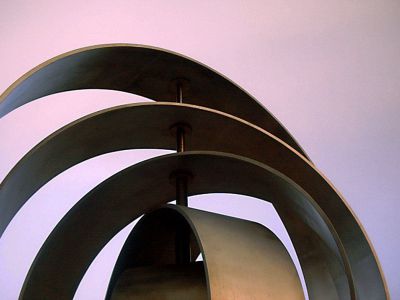 Located a few blocks from the Plaza 24 de Septiembre, the Museum of Modern Art is housed in an old colonial building that was once used as barracks and later as a school. The building has a large open courtyard in the middle, just as many buildings dating from the 1600's used to have. The building has 10 rooms, but a only a few of them are used for the gallery. Inside the museum, you can see the works of national and international artists from the 20th and 21st centuries. There are no permanent displays, thus there is always something new to be admired. The museum has no entry fee and does allow photography, but without flash.

Being a tropical city with great climate, most view Sant Cruz as mainly an outdoors activities destination. However, this city has a lot of history and art as well. Santa Cruz features over 30 small museums and art galleries that may delight your eyes with impressive works by national and international artists. Take this tour to the best museums and art centers in Santa Cruz.

Santa Cruz is the most populous city and the heart of the second most populous metropolitan area in Bolivia, as well as the capital of the department of Santa Cruz. If you get the opportunity to go to Santa Cruz, your visit will not be complete without exploring its main sights. Take this self-guided walking tour to the best landmarks of Santa Cruz de la Sierra.