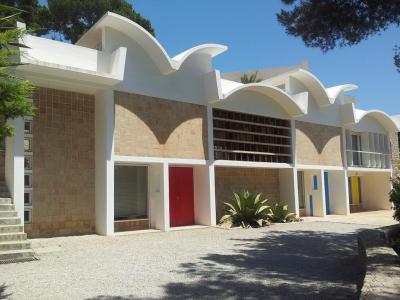 Juan Alberto March Ordinas was born in 1880. His family were poor pig-farming peasants. When he died in 1961, he was the seventh richest man in the world and the "Daddy Warbucks" of the Franco regime in Spain. What did he do after a long busy life of banking, smuggling, and war profiteering? He established a foundation in his hometown.

The Juan March Foundation was founded in 1955. Its mission was to support the arts, music, and social sciences. The Museum of Spanish Contemporary Art houses Colleccio March, a collection mainly of 20th century Spanish art. The Museum's home is a 17th century mansion. Originally a residence, it was redesigned as a museum in 1990.

The art in the museum is from the private collection of Juan March. There are about seventy pieces, the collection includes works by Picasso, Dali and Miro. There are paintings by more than fifty twentieth century emerging Spanish artists. In 2009 the collection was connected to a new gallery of Picasso's pieces of graphic art.

The museum is free of charge to visit. It is open from 10am to 6:30pm most days. It is closed on Sundays and bank holidays.
Image Courtesy of Wikimedia and AxelBoldt.