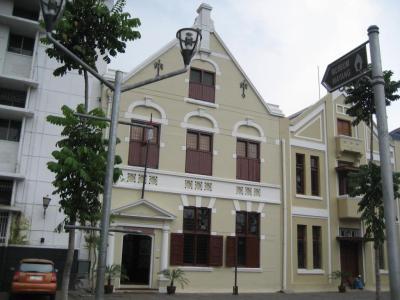 Wayang is an artistic performance involving the use of specially crafted puppets. The wayand theatrical pieces (also known as shadow theatre) have an entertaining as well as a moralizing purpose, promoting the traditional customs and values. The Museum Wayang was officially opened on August 13th, 1975 in order to preserve this tradition and offer optimal conditions of preservation for these centuries old wayang dolls.

Nowadays the museum hosts about 5147 exhibits. Most of them are wayang puppets manufactured in Indonesia, but international items are also present in the permanent exhibition. Puppets from China, India, Pakistan, Vietnam, Malaysia, Suriname, France, Kelantan, England and the United States have their place along the wayang puppets from Java, Bali, Sumatra, Sunda and Lombok.

The Museum Wayang also displays tools and pieces of equipment needed for puppet crafting. Demonstrations are made from time to time, introducing tourists into the magic world of puppetry. The intricate details of the buffalo leather puppets and the vibrant colors of the wooden dolls will be revealed to those willing to take an excursion in the puppetry universe.

Shadow puppet shows are held almost every Sunday in the same location.