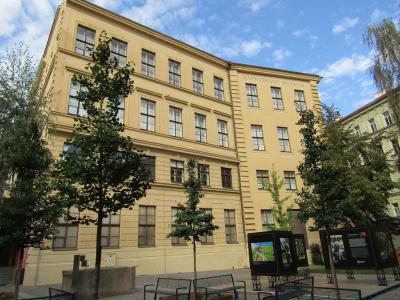 While in Prague do take time to visit Naprstek’s Museum of Asian, African and American Culture which is located in Bethlehem Square.

While these exhibits in the museum aren’t anything to do with Czech culture, they are nonetheless fascinating and also a part of Czech history. Vojta Naprstek was a 19th century industrialist who had a passion for anthropology. After spending ten years in the United States seeking political asylum, he returned to Prague where he opened a museum at first intended to promote Czech industry. He also added Amerindian artefacts he’d brought back from the United States, and these quickly became more popular than the industry side of the museum.

The museum was frequented by scholars who added their own collections from Australia and the Pacific Islands and today the museum holds 95 000 artefacts, though not all of them are on view. The main exposition halls feature Amerindian and Australian objects that portray the way of life of the two continents’ natives in the 19th century. Another hall offers temporary expositions of other non-European culture.

There is a very good gift shop where you can buy posters and books about the museum and details about the various native tribes in the 19th century. If you want to take photos in the museum, you will be asked to pay an additional fee.
Image by Vachovec1 on Wikimedia under Creative Commons License.