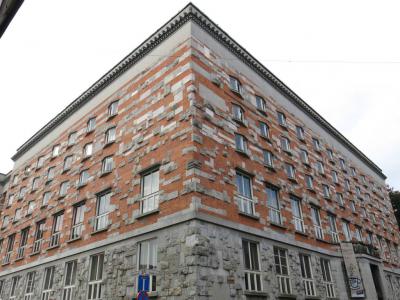 The library building is the most monumental of Plečnik's works. The central staircase which leads to a reading room, set between colonnades of dark stone, is characteristic to his design style. Contrasted with this is the powerful, expressive street façade, which is representative of Plecnik's most "eccentric mannerist style"
Image Courtesy of Flickr and Filip Maljković.
Sight description based on Wikipedia.