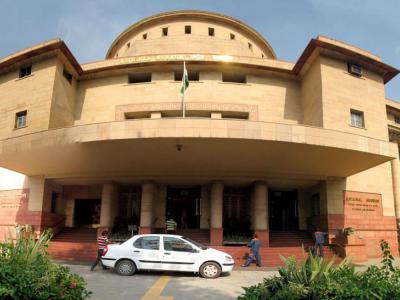 The National Museum is the second largest museum in Delhi. Brainchild of Pandit Jawaharlal Nehru, the museum was inaugurated by Sri R.C. Rajagopalachari, the first Governor General of Independent India in 1949. Here you will find thousands of exquisite artworks that depict Indian cultural heritage. These art pieces were collected from all over India and across the globe.

The museum contains a great collection of rare coins, costumes, jewelry, terracotta sculptures, statues made of bronze and copper, manuscripts and weapons. You will also find a range of artifacts dating back to the Mauryan Empire, Chola dynasty, Bahmani and Vijaynagar kingdoms. The weapons, costumes and murals of tribal communities can also be found here.

The National Museum comprises of a gallery dedicated to the Indus valley Civilization. Here you can find numerous items excavated from Harappa and Mohenjo-Daro such as seals and tablets. You will gain an in-depth knowledge on the unique town planning methods adopted in these cities. The sculpture of a dancing girl found in the ruins of Mohenjo-Daro is the highlight of this museum.

Do not miss the original copy of Gita Govindha and Baghwath Gita in golden alphabet displayed here. At this museum, you can also find musical instruments invented by the famous poet and musician Amir Khusru.
Image Courtesy of Wikimedia and Sagar Das, Rosehub.

Want to visit this sight? Check out these Self-Guided Walking Tours in Delhi. Alternatively, you can download the mobile app "GPSmyCity: Walks in 1K+ Cities" from iTunes App Store or Google Play. The app turns your mobile device to a personal tour guide and it works offline, so no data plan is needed when traveling abroad.

Create Your Own Walk in Delhi

Creating your own self-guided walk in Delhi is easy and fun. Choose the city attractions that you want to see and a walk route map will be created just for you. You can even set your hotel as the start point of the walk.

Delhi is the second largest city in India and one of the world's oldest metropolitan areas, continuously inhabited since the 6th century BC. Due to its location, for years this place has been coveted by numerous empires and dynasties, starting from the ancient ruler of the Kuru Empire to the British Raj, who have fought for and seized control of it.

Although Delhi has more than two...  view more

Old Delhi, as a walled city, was founded in 1639 under the Mughal emperor Shah Jahan, who decided to move his domain's capital here from Agra. The construction of the city was completed in 1648, from which point on Delhi had remained the capital of the Mughal Empire until its fall in 1857.

Once filled with mansions and havelis (traditional townhouses) of the nobles and members of the royal...  view more