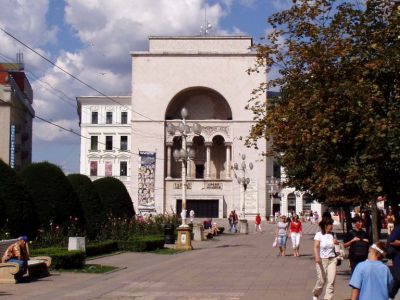 The National Opera House’s structure underwent many changes over time. Its construction started in 1871, according to the plans of two Viennese architects Fellner and Helmer, and was completed in 1875. There were two major fires which devastated the building. The first took place in 1880 and the second in 1920. The result was that only the lateral wings remained intact. The novelty Opera House hosts four art institutions: Romanian National Opera, National Theater “Mihai Eminescu”, German State Theater and Hungarian “Csiky Gergely” Theater. They are quite unique.
Image Courtesy of Wikimedia and Cornelius Graetz.