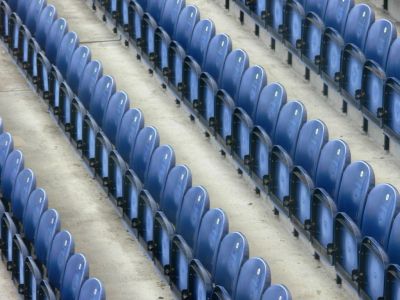 The National Stadium is a cricket stadium. It is currently used for cricket matches, and is home to Karachi's domestic cricket teams. The stadium is able to hold 34,228 spectators, making it the second largest cricket stadium in Pakistan after Gaddafi Stadium in Lahore. Its widely criticised that the city of this size with a population of over 15 million having such a small capacity stadium. The Pakistani cricket team have a remarkable Test record at the ground, having only lost twice and have won 21 times in 40 Test Matches and in over 50 years.

This sight is featured in a self-guided walking tour of Karachi, Pakistan within the mobile app "GPSmyCity: Walks in 1K+ Cities" which can be downloaded from iTunes App Store or Google Play. Please download the app to your mobile phone or tablet for travel directions for visiting this sight. The app turns your mobile device to a personal tour guide and it works offline, so no data plan is needed when traveling abroad.