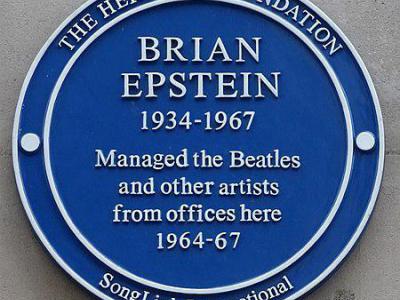 Standing for North End Music Stores, the NEMS organization was run by Brian Epstein – sometimes referred to as the “fifth Beatle.” Back in Liverpool, the NEMS music store owned by the Epstein family was the biggest of its kind and it was there that numerous inquiries about “My Bonnie” by The Beatles have been made. The store repeatedly ordered copies of the record and they always sold out instantly, which made Brian Epstein take notice and become interested in the band.

Upon becoming the Beatles’ manager, Epstein's NEMS headquarters in London (former Sutherland House) is where most of the behind-the-scenes work going into the success of the Beatles took place. The move of NEMS from a less visible street to the prime spot – next door to the London Palladium – in 1964 reflected the Beatles' rapid success. Epstein worked at the site between 1966 and 1967 (until his death).

Notably, it was also at this location that the Beatles often held interviews with the press and where John Lennon infamously stated "We're more popular than Jesus”, arguing that Christian faith was declining to the extent that it might be outlasted by rock music. His opinions drew no controversy when originally published in the London press, but drew many angry reactions from Christian communities when republished in the US. Epstein attempted to quell the dispute at a series of press conferences, while Lennon apologized and explained that he was not comparing himself to Christ.
Image by Spudgun67 on Wikimedia under Creative Commons License.