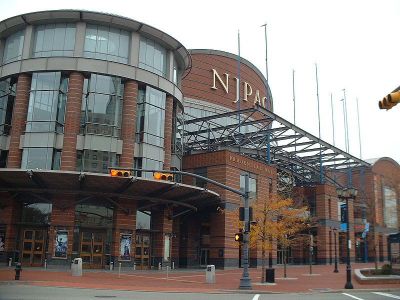 The New Jersey Performing Arts Center (NJPAC), in downtown Newark, is one of the largest performing arts center in the United States. Home to the Grammy Award-winning New Jersey Symphony Orchestra (NJSO), more than 6 million visitors (including more than one million children) have visited the center since it opened in October 1997. NJPAC has been an important component in revitalization of New Jersey's largest city. Located just west of the Passaic River waterfront, the Center lies in the heart of the city's cultural district around Military Park and Washington Park that also includes the Newark Museum, New Jersey Historical Society, and the Newark Public Library. The Prudential Center is just to the south.

NJPAC has one of the largest arts education programs offered by a performing arts center in the nation. The program includes arts training classes, scholarships, in-school residencies, professional development, and family and children's programming, allowing students, teachers and families to interact with professional artists and explore the various genres of music, theater, dance, poetry and more.

Construction of the building began in 1995 and was completed in 1997, receiving rave reviews by The New York Times architecture critic Herbert Muschamp upon its opening. The New Yorker has said that it houses one of the best modern concert halls on the Eastern Seaboard - handsome in appearance, warm in sound.
Image by Darkcore on Wikimedia under Creative Commons License.
Sight description based on wikipedia